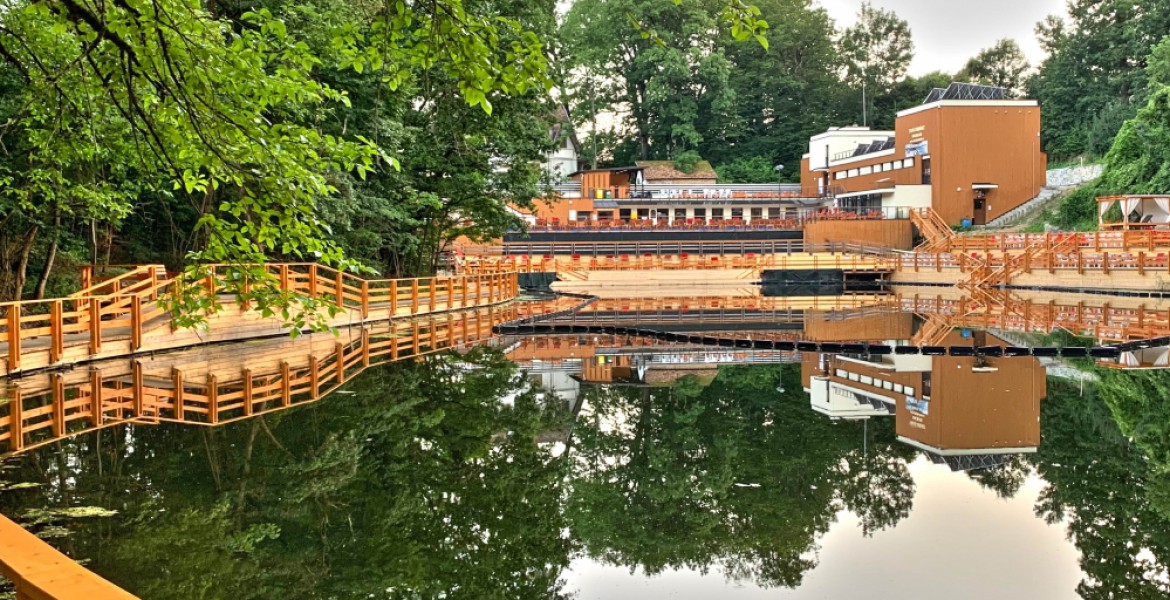 It was formed in a deserted mining operation, dating from the time of Roman occupation. The Romans dug in the depth of the salt layer some "extraction cones", in the form of an amphitheater, with a diamond of 40-50 meters and a depth of 20 meters. Then, due to the difficulty of raising the "salt bricks", which weighed 3 and 10 kilograms, to the surface, and due to the flooding and siltation of the mines, they were abandoned, starting a new excavation.
Over the centuries, these ancient salt mines in which meteoric water accumulated have become salt lakes, in which an important layer of particularly valuable sapropelic mud has been deposited.
The first documentary mention of the Black Lake dates from 1710. It began to be used for therapeutic purposes, in the years 1875-1876 after the clogging of the White Lake, located downstream, in the area of ​​the old Ghera baths.
The White Lake, it seems, was clogged due to the lack of water supply from the salt stream, which had started to supply the Bear Lake in formation.

In exchange for a small fee, Veres Joszef received approval from the royal crown, to which the Black Lake belonged, to arrange it for public use. The first exchange cabins were built on the northeastern shore of the lake.

In those times, Sovata had two resorts (baths) Băile de Jos (Ghera and Lacul Negru) and Băile de sus (Lake Ursu and Lacul Roșu). Initially, the road connecting Ghera and the Black Lake was over cochleas, through the forest only in 1904 began the construction of the current road (Trandafirilor and Bradului streets).

During the first world conflagration, part of the resort of Sovata, became a theater of war, on the top of Bekecs was a military command and many sumptuous private villas around the lakes, burned.
Today, only the Ghera salt spring (with a concentration of 320 grams of NaCl / liter), located not far from the Black Lake and arranged by the town hall in a beautiful spa pavilion, is still reminiscent of the Ghera Baths and the White Lake.

Sludges that possess such a wide patella of organic and mineral substances are rare and have a special therapeutic value. The mud from the Black Lake was formed by the deposition in the lower part over the years, of a 2-3 meter thick layer of phyto-zooplankton, a florofauna characteristic of concentrated salt waters.

Until 1989, Black Lake was the most important source of mud for the treatment bases in the resort. After 28 years of "quiet" and continuous peloid sweeping, it was reintroduced into the spa circuit.

Remarks:
Treatment with balneo-therapeutic factors is performed only on the recommendation and under the supervision of a specialist.

The therapeutic qualities of the water in the Black Lake are analyzed and certified periodically by the Ministry of Health through the National Institute of Recovery, Physical Medicine and Balneoclimatology. 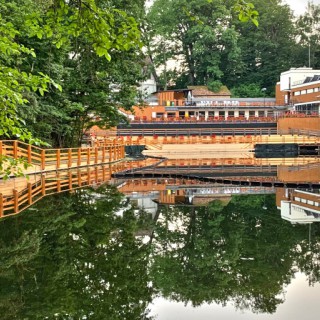 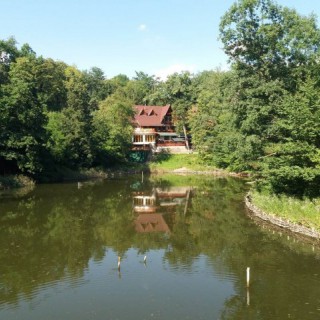 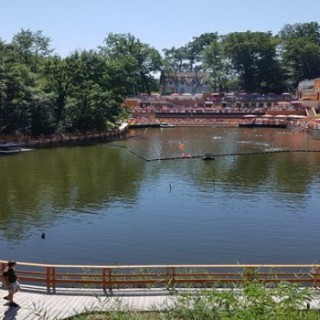 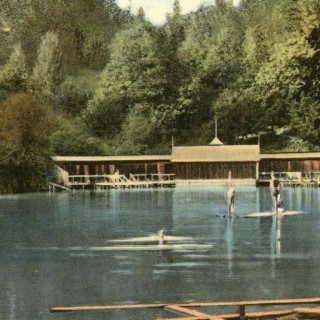 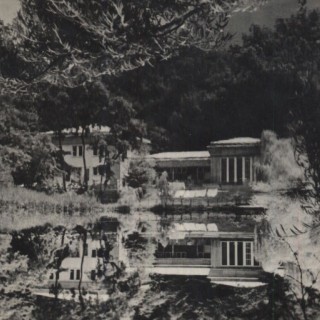 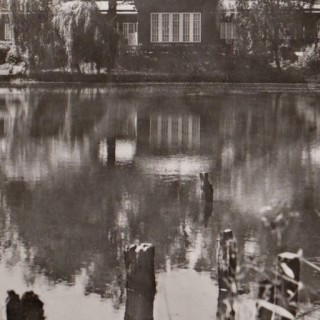